Carlos Santana’s longstanding creative relationship with Paul Reed Smith has done much to shape the destiny of PRS Guitars, including influencing the development of the PRS SE Series more than twenty years ago. The PRS SE Santana Abraxas 50th Anniversary Limited Edition honors this alliance, celebrates the 50th anniversary of Santana’s sophomore album, Abraxas, and pays homage to the iconic album’s cover.

“Abraxas is a Santana record that changed my life. The songs, the recording quality, and the extraordinary playing and grooves helped shape my love of music and the way I play. Helping to honor that moment with Carlos is a joy for us,” said Paul Reed Smith.

Only 1,000 PRS SE Santana Abraxas 50th Anniversary Limited Edition guitars will be made.

SETUP & INSPECTED BY OUR LUTHIER 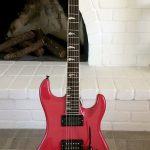 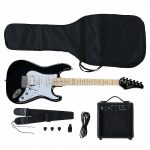