If you know you know. This is the coveted PRS Super Eagle II in hemp green limited to 120 in the world.

This guitar is in mint condition, kept in storage and taken out of the case only a few times to tinker with.

Here’s the description from PRS

It’s no secret that John Mayer’s main guitar on tour with Dead & Company has been the PRS Super Eagle, launched last spring. During the 2016 tour, PRS made Mayer a second version of that instrument with some updated woods and aesthetic appointments. Mayer played the Super Eagle II on the very last show of the 2016 tour and is continuing to play it for Dead & Company’s 2017 summer tour. PRS and Mayer are excited to offer this new version, the Super Eagle II, to fans and collectors.

“Just like with the first edition Super Eagle, you’re literally getting the same guitar that is in John’s rig. It’s been an honor to help create a tool that John can use to work with Dead & Company and beyond,” said Paul Reed Smith.

Some of the specifications Mayer and Smith collaborated on for this special run of instruments include a longer (for PRS) scale length of 25.375”, specially-wound 58/15 JM treble and bass pickups with a specially-wound Narrowfield JM pickup in the middle position (with three individual coil-tap mini-switches), a JCF Audio preamp with treble boost, as well as a hand-signed sticker in the f-hole of the guitar that was designed by Mayer’s friend David Smith (who also designed the cover art for Mayer’s 2012 “Born and Raised” album). The pickups deliver a bright, clear tone that has been heard in venues across the USA in Mayer’s recent performances with Dead & Company.

Some new woods and aesthetic choices were also selected for the Super Eagle II, including a one piece Private Stock curly maple back, African blackwood fingerboard and headstock veneer, paua birds and a green ripple abalone 12th fret violin bird and Private Stock eagle, as well as a new color: Hemp Green.

The Private Stock Super Eagle II is a highly-sophisticated instrument that at once reveres the history of guitar-making and guitar tone but pushes the boundaries of materials, design, and craftsmanship. The resulting instrument embodies the PRS Private Stock culture of meticulous workmanship as well as Mayer’s keen eye for playability, tone, and detail. 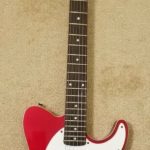 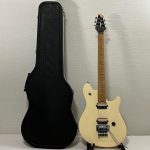 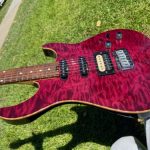 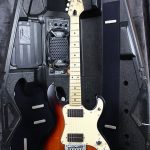 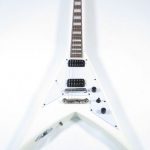 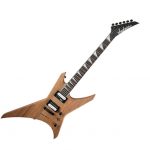 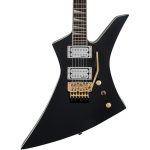