We are pleased to present this beautiful, 2000 Gary Moore Signature Les Paul. This specific guitar was produced in the first year of the initial run of Gibson USA’s Gary Moore Signature Les Pauls from 2000-2001. A coveted model, it was reproduced a little over a decade later in a reissue run. This guitar’s simple beauty was inspired by Gary Moore’s legendary “Greeny” ’59 ‘Burst in its construction. Some noteworthy appointments include its AA flamed Maple cap in a seductive Lemonburst finish, a reverse-wired neck pickup a la “Greeny,” and a lack of body and neck binding, giving it a “stripped-down” look that highlights the figuring of the top. The pickups on these original 2000-2001 Gary Moore models are what ultimately set these guitars apart from the 2013 reissue and 2009-2012 “BFG” models.

It’s important to make note of this guitar’s tonality as the neck pickup is particularly resonant, with clean mids and lows that clearly articulate its warm voice. The middle position produces the famous “out-of-phase” tone that is unique to this model and highly desirable for any fan of Gary Moore. Finally, the bridge is chimey and punctual, but utterly savage when cranked to 10. All things considered, this guitar is a tonally diverse and eye-catching instrument that is arguably one of the greatest Gibson USA signature models produced to date. 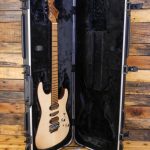 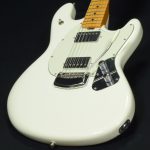 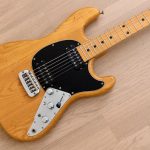 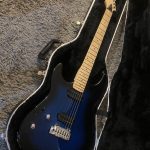