Selling my 2016 1958 Les Paul Reisssue. I’m the original owner. The finish is lemon burst, and it is the VOS finish. Shipping fully insured, signature required.

It is in good condition. There is some normal playing wear, but nothing I could get to show up in a photograph. There is one bit of checking near the treble side bridge post. No other checking has developed yet.

The guitar has had several upgrades:

**all upgrades were done by professionals** I’ve only ever entrusted the maintenance of this guitar to one luthier.

I had planned other upgrades, but I just don’t play this as much because of the thicker neck. I have another LP with a thinner neck that I play a lot so I’m moving this one.

This thing really does have the the sound that you might associate with a vintage Gibson. It’s the best Les Paul Reissue I’ve ever heard. Of course I would say that, it’s my guitar, right? But I’ve heard this from several people who’ve all played abcs owned these guitars.

Let me know if you have any questions! 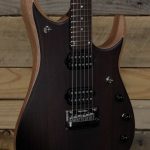 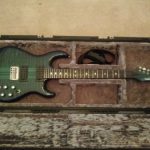