Collector alert!! Very rare first issue of the Fender pink paisley stratocaster. Made in Japan, these were the only paisley strats with large late 60s/early 70s headstock and bullet truss rod. An oddity for Fender to release a strat that was never produced by them in the early days. Several reincarnations were also released in the 90s and even today they continue to have reissues of the paisley strat but never with the original neck. The only way you can get one nowadays is to go custom shop or masterbuilt. The guitar is show with string saver saddles and also black plastics but the originals are also included. Loaded with Fender custom shop 54 as the original Gotoh mij pickups stopped working long ago and were replaced. Guitar shows a bit of wear and lacquer checking and a few dings as seen in the pics. These bodies had thick poly and as such neck pockets have lacquer cracks as well. Buyer responsible for all international shipping costs plus insurance and duty fees.

Serial number on Fender and guitar dater project info.
Guitar Info
This guitar was made at the
Fuji-gen Plant (for Fender Japan), Japan
in 1986 – 1987
Production Number: 39613 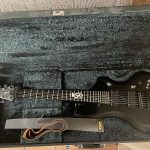 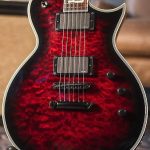 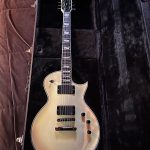 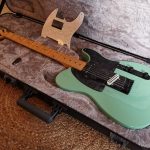 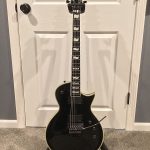 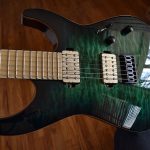 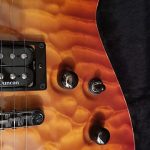 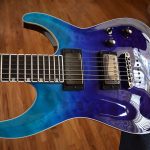