Q: Does a cutaway diminish a guitar’s tonal output?
A: Not in a discernible way. We recommend you decide based on whether you want that extra upper-fretboard range; or, if you simply have an aesthetic preference—either for a more traditional, symmetrical look of a non-cutaway, or in favor of the sleek, more modern contouring that the cutaway offers.

V-Class Bracing
The Taylor Grand Concert features Taylor’s innovative new V-Class bracing, which lets the soundboard of the guitar vibrate naturally, increasing sustain and overall cohesiveness, and generating additional volume without sacrificing sustain. This design puts the body more in tune with the strings, improving articulation and harmonic alignment,  resulting in a sound that is optimally warm and seasoned, nicely blended, and full of luscious low end without being muddy.

ES2 Electronics
The Taylor Expression System 2 (ES2) delivers the latest technology in Taylor acoustic guitar amplification. The heart of the ES2 system is Taylor’s patented behind-the-saddle pickup, featuring three uniquely positioned and individually calibrated pickup sensors. The new positioning enables the piezo pickup’s crystals to respond more naturally to the guitar’s energy as it is transferred through the saddle, with three pickup sensors installed behind the saddle, through the bridge, with three tiny Allen screws that calibrate the position of the sensors in relation to the saddle. Together with Taylor’s custom-designed preamp, this ES2 system produces exceptional amplified tone and responsiveness. 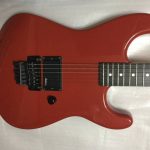 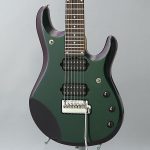